Dear friends of fashiontotal. Today were are going to talk about some of the most famous football stars and their wives or girlfriends. I don't know the reason but all football stars are crazy about models. Well, I know the reason because I also like models. What I don't know is why models like some football stars although I can imagine the reason. I suppose that it must be cool to be accompanied by somebody who is treated like a God and who is so well-off that he doesn't know what to do with his money. Let's start this review with British players or those who play in British teams. Of course we are starting with David Beckham. David is happily married to singer, model and actress Victoria. Here they are. In my opinion they really match togheter, don't they?. 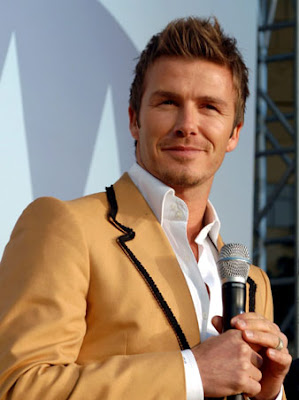 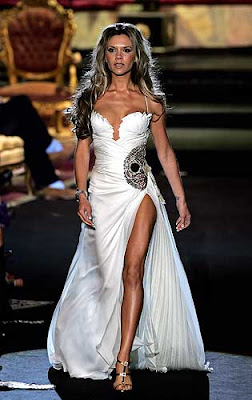 Some Chelsea players. As they earn a lot of money they get gorgeous girls. The ucranian Andrei Shevchenko is married to nice looking american model Kirsten Pazik. 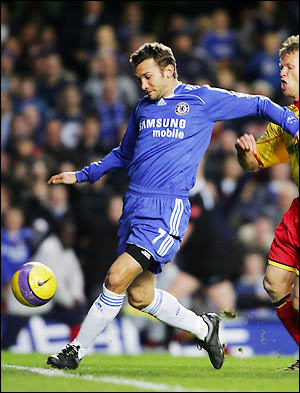 Another Chelsea player is British international Ashley Cole. He didn't chose a model. He married pop star Cheryl Tweedy. I won't say a word about her voice and singing skills but it comes to our eyes that she's quite nice looking. 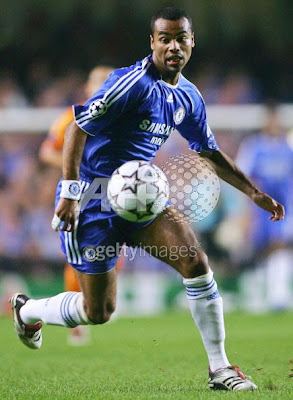 Of course it goes without saying that when it comes to fashion and models Italians are number one. Undoubtfully, they are the best. Our first guest is Gianluigi Buffon, the Juventus keeper. His girlfriend is Czech model Alena Seredova. She's doesn't mind posing almost naked when it is necessary. In the last picture you can see that she's keen on football. 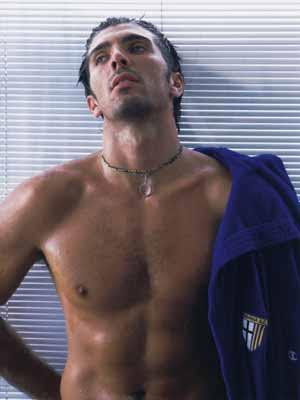 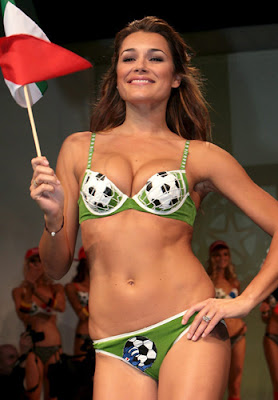 Another Italian. Roma's striker Francesco Totti. He's a real star in Italy. He's married to sexy Italian actress Ilary Blasi. She's quite sedate in wedding dress, isn't she? Anyway, I prefer the second picture. Don't you agree with me? 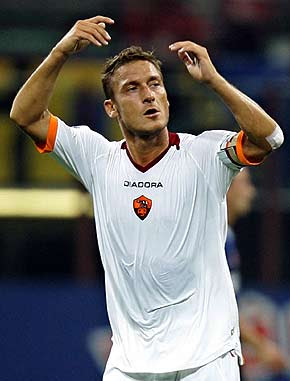 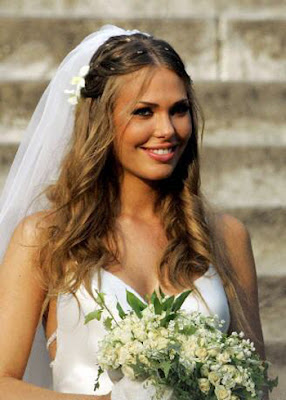 This is not Italian but he plays in Italy. He's Inter's striker Luis Figo. He's married to Swedish model Helen Swedin. She's the one I like most. She's really gorgeous. Some years ago she posed naked and these pictures were highly controversial. Anyway I think she had a nice boob job done. 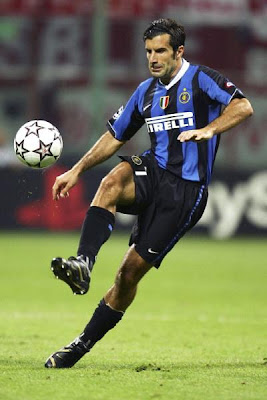 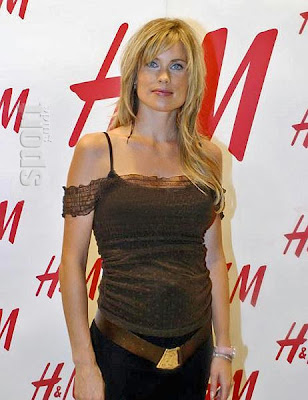 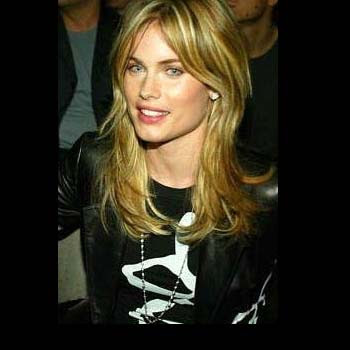 Now is turn for French players. If they were not that rich they would never had got a model.The first one is Fabien Bartherz the bald Frech goal keeper. Of course he's not George Clooney. However, he's married to Canadian model Linda Evangelista. 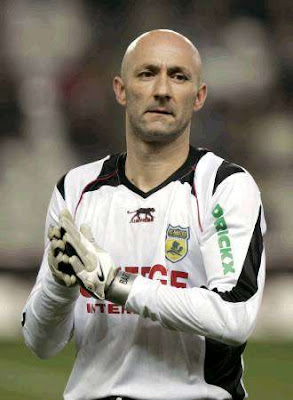 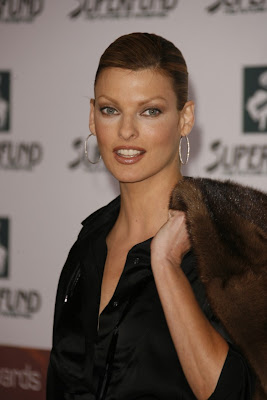 The second one Christian Karembeu. He played for Real Madrid. As a football player he wasn't great. He won a lot of championships without leaving the bench. He was better known for his wife than for his skills. If he had been selling CD,s in the streets of Paris I don't think he would have married Adriana. 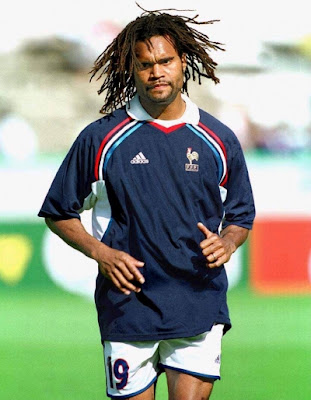 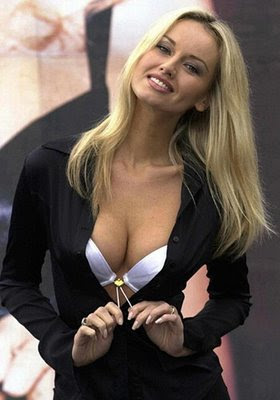 The next player is Dutch. He is not very famous yet but he's quite promising. He plays for Hamburg and his name is Rafael van der Vaart. His best piece of playing was to marry Silvie, an MTV moderator. She's not bad, isn't she?. 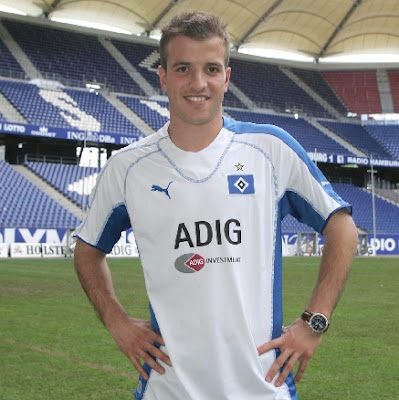 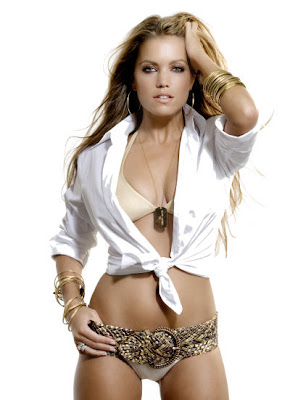 I think you also know this one. He's Ronaldo. Some people say he's fat, some say he isn't. Sometimes he's happy, sometimes unhappy. One day he got married, the next day he said the marriage was a fake. Always kicking up a fuss. Nowadays he seems to be engaged to Brazilian model Raica Oliveira. But he's unpredictable. 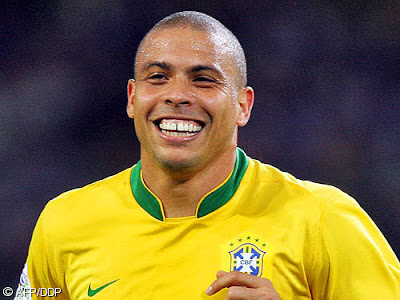 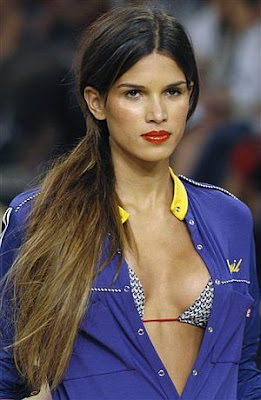 Today's last couple. Spanish goal keeper Iker Casillas and his fiance Eva González. They are a bit boring. They have called it quits so many times that in the end nobody believes them. Please, make your mind up and leave us alone. Best regards. 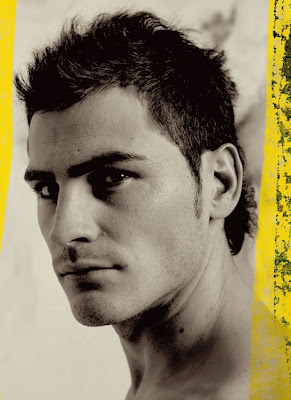 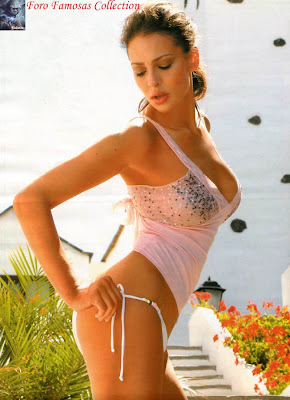