Dear readers. Not so long time ago I posted an entry about models and football stars. In this entry I made clear that models and football players make nice couples. Currently football players are the gods of the modern era and it’s well known that gorgeous girls like gods. Some years ago models used to date millionaires but nowadays they prefer footballers as footballers are young, hunky and last but not least they’re also have big bucks. The other day I read a funny piece of news about some Argentinian footballers that have ditched their wives for younger models. Many of them are well known in Spain because they played in “La Liga”. I’m referring to Simeone, Riquelme, Martin Palermo, and Saviola. Currently some of them are more famous for their love affairs with models than for their performance in the pitch. Let’s start with “Cholo” Simeone. Do you know him? I remember that he played for Atletico Madrid and he was a really tough player. 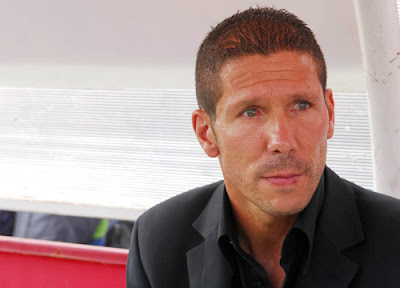 Simeone, who is the current coach of Argentinian team River Plate, was married to Argentinian model Carolina Baldini (second picture), a real bombshell. The marriage was so idillic that both were known as the Argentinian Beckhams and had even posed together for some photoshots as David and Victoria usually do. It seems that Carolina ditched Simeone for Fabián, a hunky lifeguard knicknamed Heman (third picture). Fabian has nothing to to with football although he’s a supporter of Estudiantes (former Simeone’s team) and he also likes Carolina (former Simeone’s wife). 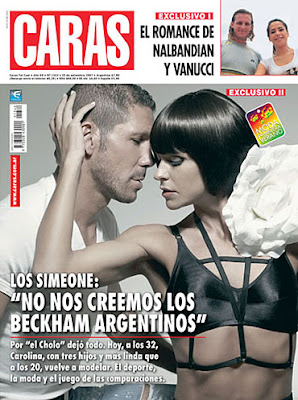 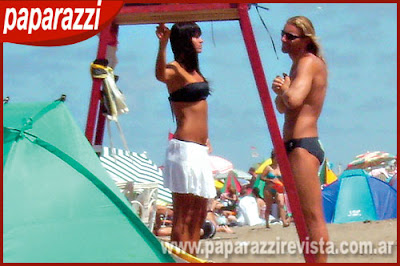 Let’s talk now about a different case. Two footballers who have ditched their wives and have decided to look for love in another woman’s arms. We’ll start talking about the former player of Villarreal Martín Palermo, currently in Boca Juniors. The one with the colourful hair. Does he ring the bell?. In Spain he didn’t play too well. If he scored something in Spain it wasn't goals.

Palermo was married to Lorena Barrichi (first, second, and third pictures) an employee of a motor racing company. They met at a race in the paddock of Buenos Aires’ Circuit. It seems that Palermo has ditched Lorena for Candela (fourth picture) a 26-year-old Argentinian blonde. To be honest and judging from the pictures I prefer Lorena, a real bombshell. 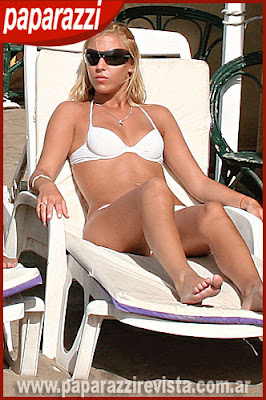 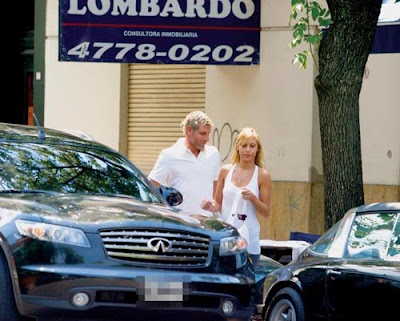 Another Argentinian footballer and the same store. Juan Roman Riquelme is (or was) married to Annabella and they have three children. Here is Juan Roman after scoring a goal for Villarreal his last team in Spain. 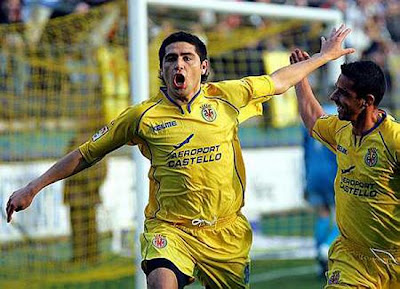 Riquelme is a great player but his last year in Villarreal was a difficult one. He looked absent minded and idle in the pitch. Now I can understand the reason and it really doesn’t seem strange to me. He seems to be crazy about Argentinian model Yesica Toscanini a swimsuit model of Sports Illustrated and supporter of Boca Juniors. Toscanini and Riquelme met in 2006 when the Argentinian footballer was preparing the 2006 World Cup of Germany as a member of the Argentinian national team. Without a doubt Yesica is the kind of woman most men would be crazy about and I think that like Riquelme I wouldn’t be able to resist such a temptation. I promise to dedicate a post to Yesica as soon as I have time to prepare it. Meanwhile here you have some hot pictures of the Argentinian model and a couple of videos at the end of the post. 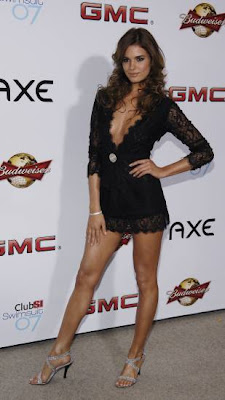 Another Argentinian football star that also likes models is Javier Saviola the former Barcelona player currently playing for Real Madrid. As he hardly plays any minutes he has plenty of time for other businesses. 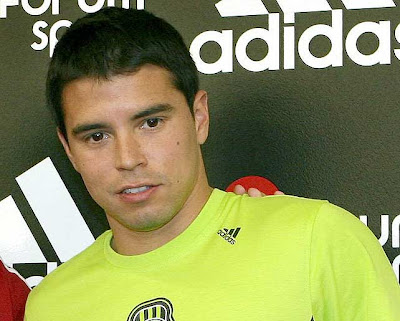 Saviola is dating the gorgeous 17-year-old Argentinian model Romanella Amato. However, the news coming from Argentina seems to confirm a crisis in their relationship as Javier Saviola seems reluctant to accept her liking of talking to the gossip magazines about their love. The truth is that Romanella is very developed for her age. I give her 10 points. As you can see football is football everywhere. A lot of money and gorgeous girls. I’ll finish this post with some pictures of Romanella Amato and a video of Yesica Toscanini. I have to admit that I really envy Riquelme. Best regards. 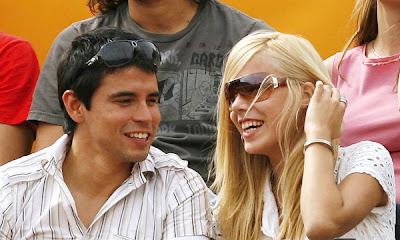 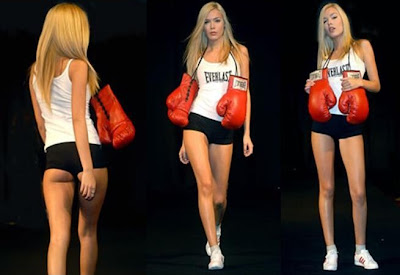